About a year ago I wrote a post called Kids can’t use computers… and this is why it should worry you.

In the post, I expressed my opinion that the concept of children being digital natives was a misnomer, that computer literacy is on a decline thanks to the ever increasing sophistication of our devices and software, and that we need to refocus our efforts as educators and parents to ensure that kids can use computers.

I thought there was nothing much more to say on the issue; my opinion had been stated and I’d put forward what I thought the solutions were to the problem. I had no intention of writing a followup post.

Two things occured recently that changed my mind. The first was my involvement with the Young Rewired State Festival of Code. The second was the release of Ofcom’s Communication Market Report 2014

The Ofcom report has been widely publicised in the media under titles such as Tech is child’s play, unless you are an adult and Ofcom: six-year-olds understand digital technology better than adults once again propagating the myth that preteens and teens are digital natives and those of us over thirty are clueless when it comes to technology.

Let’s make something clear, the Ofcom report focuses on the UK population's use of digital media, and is not a report on computer literacy. An example question from the survey that Ofcom commissioned specifically mentioned the app - Snapchat. The interviewers asked people which statement best described their knowledge of Snapchat.

Unsurprisingly 47% of adults had never heard of Snapchat. I fall into the “I know a lot about it, but haven’t used it” category. For instance, I know Snapchat is a messaging application that allows users to send each other images and video that are hidden after a few seconds. I know that Facebook and Google have both tried to acquire Snapchat for billions of dollars. I know that Snapchat has faced controversy over local storage of photos on some devices, its compliance with Government agencies over photos stored on its servers and that it had its database of user details hacked. I know all this because I read Hacker News, and if I didn’t then I’d be in the “I’ve never hear of it” category.

Analysing the digital divide between adults and juveniles depending on whether or not they have used or heard of Snapchat is ridiculous. Snapchat is aimed at a youthful demographic that use smartphones, not at people in their mid forties. Over many years I have managed to whittle my friendship group down to about half a dozen people, and if I were to send any of them a Snapchat, they’d think I was just being a bit weird and very creepy.

Using an individual's knowledge of Snapchat to judge digital literacy, is akin to judging an individuals ability to compose and perform music based on whether or not they have heard of, or listened to, One Direction. But this hasn’t stopped the popular press jumping all over a few statistics and proudly announcing that our 6 year-olds are more digitally literate than their parents.

There are plenty of other skewed statistics that the press have sank their claws into. For instance the “Digital Confidence Scores” show that kids aged 14-15 are at the pinnacle of digital confidence. In reality their digital confidence is only in relation to the products and services they use. My six year-old son is very confident with the iPad I let him use. He’s a whiz at Minecraft and his knowledge of the game mechanics far exceeds mine. He’s a pretty dab hand at Angry Birds, iMessage and using YouTube as well. He would score quite highly when it comes to digital confidence, and when I asked him whether “new technology confuses him” he proudly said “No”, after I had clarified what “new technology” means. New technology confuses me all the time. For instance, every time a new JavaScript library pops into existence, I feel an overwhelming dread of being overtaken by technology, and a slow descent of my digital skills into obsolescence. When Apple announced the Swift programming language the weight of yet another set of syntactic rules to battle with pressed down heavily on my shoulders. Every time I decide to sit down and learn a functional programming language I break out in a sweat and have to steady my nerves with a couple of shots of Scotch. I recently spent a couple of days playing with Google Glass, and was exceptionally confused, as I really couldn’t understand what the fucking point of it was, or why anyone would want to pay over a grand for such an ugly and limited gadget. 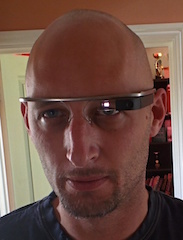 My son scores highly on the digital confidence scale as tested by the Ofcom interviews and questionnaires, yet he’s the last person I’d advise you speak to if you needed help with formatting a Word document, debugging an Excel formula or setting up an Outlook appointment; all of which many adults find exceedingly easy.

I’ve denigrated kids enough now, so I’d like to spend some time looking at the other end of the spectrum, and explain why I am still filled with hope for the future of digital literacy amongst the youth of this country.

The YRS Festival of Code is in essence a week-long hackathon for teenagers based at centres all over the country, culminating in a weekend get together of all the participants for a competition to judge who created the best apps. If you're a teenager and reading this, go sign up for next year's event now. Even if you've no coding experience at all, you'll get something out of it. If you're a developer then you should go and sign up as a mentor or centre lead.

This year I mentored a group at the CompareTheMarket offices in Peterborough, along with Alex Shaw who heads up the Labs division at the company. We both gave up our time, as volunteers, but in reality we both got far more out of the experience than we put in .

For five days we helped eleven kids hack together a couple of apps using Open Data, marveling at their drive, enthusiasm and ingenuity. We then spent three days in Plymouth and were quite frankly blown away by the quality and originality of the apps that had been created by the teenagers from across the country.

The Festival of Code has been running a few years now, but the number of children attending keep doubling each year, as more and more kids catch the coding bug. There were fifteen year-olds at the event who already dwarf me in terms of their skills and knowledge. We saw kids presenting apps that ran on Android, iOS and the web that demonstrated a youthful ingenuity and ambition that was simultaneously heart warming and terrifying. Check out some of their apps - here, here and here.

The kids I met at the Festival of Code are the future of Computing in this county, and the fact that their numbers are growing year on year, assures me that it won't be long before kids are back in their rightful place as masters of technology, and putting us oldies to shame once more.