Two items in the media have recently interested me.

The first was related to the Sandy Hook Elementary School shootings. It was not the tragic incident itself that sent me scouring Wikipedia articles for information, but the way in which gun proponents in the United States immediately began screaming about their Second Amendment right to bear arms. In the UK, we are so used to instantly dismissing the cries of the gun lobby as ravings of lunatics, that we rarely listen to their arguments at all. No sane person, after all, could possibly justify possessing a Bushmaster XM-15 assault rifle for the purposes of self-defense or hunting; so why is it that these weapons are so readily available in the USA?

The second item, that flooded Hacker News and Twitter on the 12th and 13th of January, was news that Aaron Swartz had committed suicide. Aaron was a young man, who at the age of 14 had helped to develop RSS technology, had been a contributor to the phenomenon that is Reddit and had long been a proponent of Internet Freedom. Aaron’s suicide was almost certainly related to the fact that he was facing up to 35 years in a federal prison for allegedly downloading millions of academic articles from JSTOR, by hiding a networked laptop in a cupboard on MIT’s campus. Despite the fact that JSTOR did not wish to pursue any criminal charges against Aaron (all the documents having been returned), the Department of Justice mounted a prosecution case.

So how are these two seemingly unrelated events related?

The Second Amendment right to bear arms is an anachronistic piece of constitutional law that dates back to a time when the ruling elite would assert their dominance over the common man through brute force. Having overthrown the British Imperial forces using armed militia, the founders of the United States wrote into their constitution that it was every civilian’s right to possess a firearm. This made absolute sense in the 1700s. If the newly formed Federal Government was ever to attempt suppression of the people that they had been elected to govern, they could potentially face huge numbers of armed civilians forming militias, ready to wrest back control of their county.

The power of the Second Amendment was demonstrated clearly during the American Civil War. When the South seceded, it was to the armed civilians that the Governors of the Southern States turned. Armed militia were formed from the citizenry and seized courthouses, treasury mints and federal forts. So began a war that would see over 600,000 soldiers and 50,000 civilians killed.

Let me state that I have no wish to defend the practice of slavery, but that does not make the following point moot: the citizens of the South felt that they had a right to own slaves, and they felt that President Lincoln was infringing on their civil liberties. To any civilized individual, then or now, their beliefs may have been contemptible, but that does not change the fact that they, ironically, felt they were being oppressed.

The Second Amendment, in its current form, is no longer relevant and needs to be updated. The last time that the Government in the United States used armed troops against its own citizens was to quell ant-war protestors in the late 60s and early 70s, and I doubt we will ever see such scenes again in our lifetimes. Even if we did, the Vietnam War protests, and since then the Occupy Movement, has shown how people can peacefully exert their combined power in acts of civil disobedience, and have a very real impact on their Government, without resorting to armed insurrection. 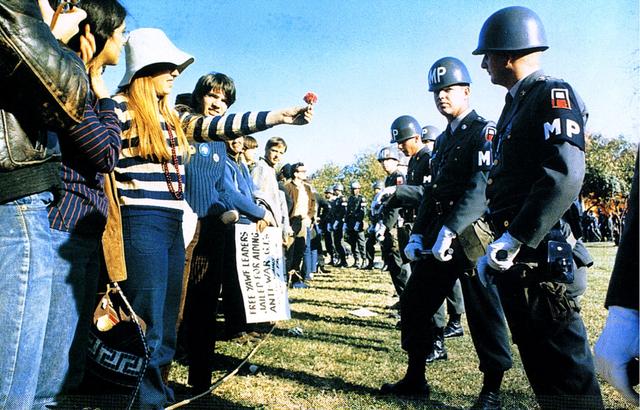 The threats to our civil liberties in the 21st century comes from a different quarter all together, as demonstrated by the prosecution of Aaron Scwartz. We should ask ourselves why it is that Aaron was pursued so zealously by the DOJ? Could it have been because of his outspoken opposition to the defeated SOPA and PIPA bills? Could it have been due to his release of approximately 20% of Federal Court documents from the PACER database into the public domain? Could it have been due to his connection to the MIT hackers that had links to Bradley Manning, as claimed by Cory Doctorow? Here was a young man whom cared nothing for material wealth, but everything for Internet Freedom, and for that he was facing the prospect of million dollar fines and nearly a life-time in jail.

Across the world our civil liberties are being threatened, spurred on by corporations that are quite happy to use their lobbying powers to protect their profits. In the USA, Congress recently passed the FISA Amendments Act that allows warrantless wiretapping of its civilians. In the UK, we face the threat of the "Snooper's Charter" that will require ISPs to log details of all their customers' web traffic, and the censorship of websites such as The PirateBay.

If we cannot trust our elected officials to preserve our civil rights, then it is our responsibility to 'arm' ourselves. Organise, host or attend a CryptoParty. Support those that are on the front line and who are trying to fight for your civil rights such as The Pirate Party or the Electronic Frontier Foundation. Use Tor when you browse the internet. Encrypt the data on your hard drive and use GPG encryption in all your sensitive emails. Last but not least, scream about Internet Freedom on Twitter, Facebook, Google+ or even Diaspora. Tell Aaron Scwartz' story and other stories like his to anyone that will listen, and make sure our politicians know that if they will not protect our civil liberties, the electorate is 'armed' and ready to act.